This course is an advance course in tendinopathy for those, who attended previous course of Dr Ebonie Rio which we hosted in February 2021 or those that have good general foundation knowledge of tendinopathy. This course is designed for those who would like to gain more knowledge about complex rehabilitation and complex case studies with lower limbs tendinopathies.

This course is clinically focused, Dr. Rio will discuss her up to date research in tendinopathy and teach you how to integrate her new research into practice. We will:

Do you have some difficult tendinopathy case studies that you struggle to fully rehabilitate? Are you keen to know the latest and greatest in tendinopathy but don't have time to read all the papers? This course is for you!

9:00 am Designing complete rehabilitation: What loads to remove, how to know when to progress, what adjuncts are helpful, how to schedule weekly loading, what outcome measures to use.

10:15 am Complex case studies: What to do with mixed presentations

11:15 am In-season management: How does this differ from rehabilitation? 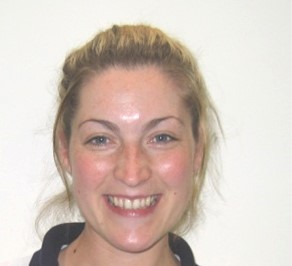 She is a titled Sports Physiotherapist and consults privately as well as at The Victorian Institute of Sport, Albert Park, Victoria. Her research has been awarded Victorian Fresh Scientist of the year 2015, ASICS SMA Best New Investigator 2004, 2013 & 2014 in Clinical Sports Medicine, best clinical science Pain Adelaide 2013, BJSM young investigator Best Clinical Paper 2014 and the Professor Mollie Holman medal for the best thesis of the faculty of Medicine, Nursing and Health Sciences Monash University 2015 and the ECR best paper 2015.

How to get there

This meeting will be presented through ZOOM.

You will receive a personalised meeting invite to take part in our first ever Online course!

Details about zoom can be found on their website: ZOOM!